You are here:
Osteoporosis 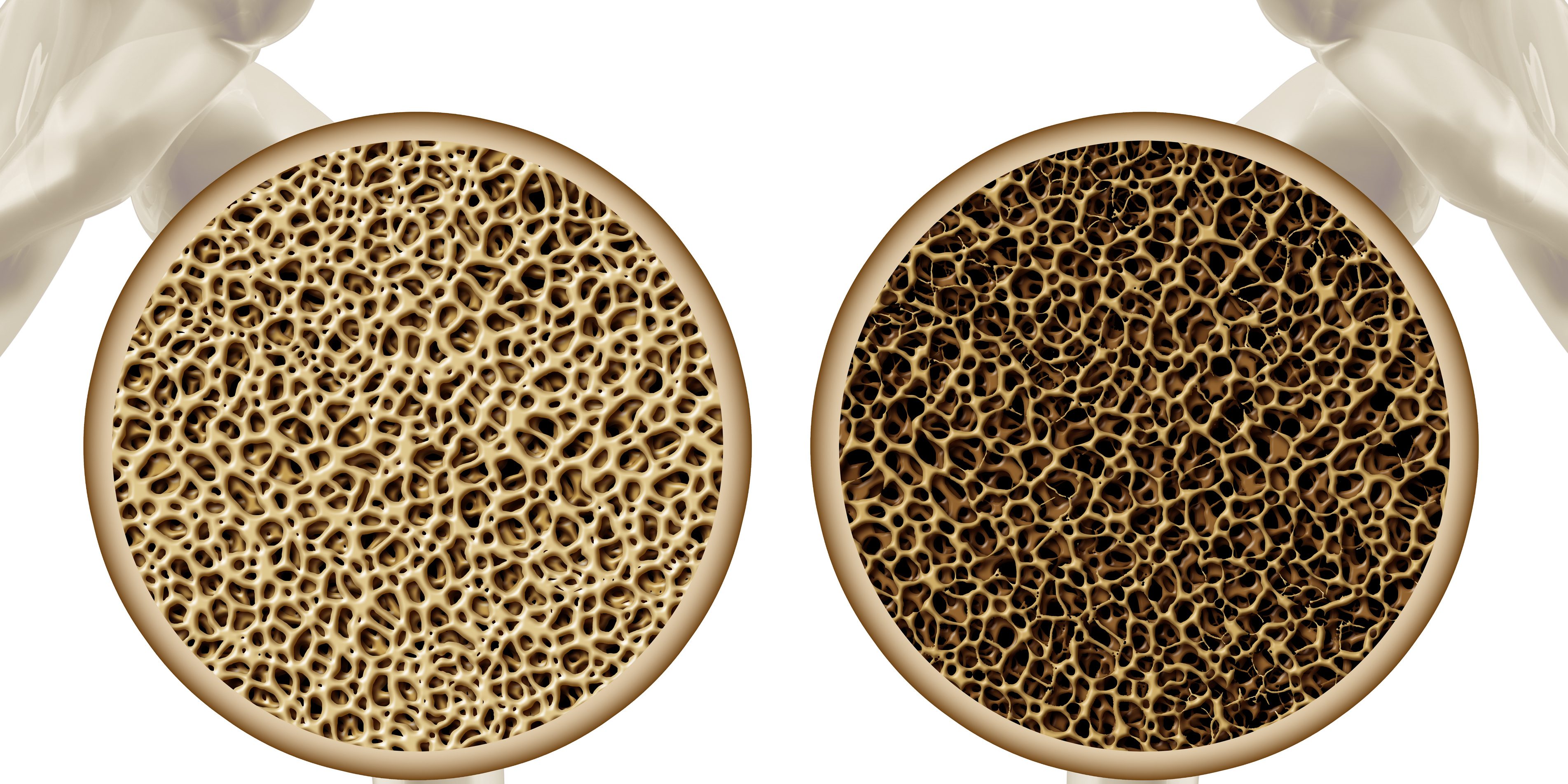 So what is osteoporosis (in real people language, not just Dr speak)?

Osteoporosis is a commonly misunderstood condition, which is frightening considering how common and debilitating it is. Many people refer to osteoporosis as a lack of calcium, however it is bone density that is lacking, of which calcium makes up a large part. With the loss of bone density, bones aren’t as strong as they should be, leading to an increased risk of a fracture.

Bones are very dynamic, they are constantly breaking down and rebuilding themselves to keep healthy and strong. This is done by two different cells in the bone. One is a tunneler (osteoclast), its job is to clear out the old bone cells. The second is the builder (osteoblast), which goes along behind the tunneler laying down new bone cells. With osteoporosis, more bone is being broken down by the tunneler than is being built by the builder. This leads to a decrease in the amount of bone and the bone that is left is more brittle as it not new, healthy bone. When your bone density gets a certain distance away from what is normal (called a standard deviation in scientific terms), it is firstly defined as osteopenic (a lower level of osteoporosis), then when it gets further away again it is called osteoporosis.